Gardening is a great way to detach from the technologically dominated day to day. I wanted to come up with a way to conveniently and easily grow a small garden without it feeling like a burden.

Living in the country, there are all sorts of critters that make traditional gardens less than feasible.  Between deer and rabbits, most vegetables have no chance at all of surviving to harvest time without some sort of protection.

The original design involved building a 12 foot by 12 foot frame with 6 foot tall exterior walls. Inside the frame, there would be raised garden boxes that would provide an area of approximately 70 square feet to plant produce.  The perimeter edges should allow for climbing plants like peas and cucumbers to utilize vertical space as well. 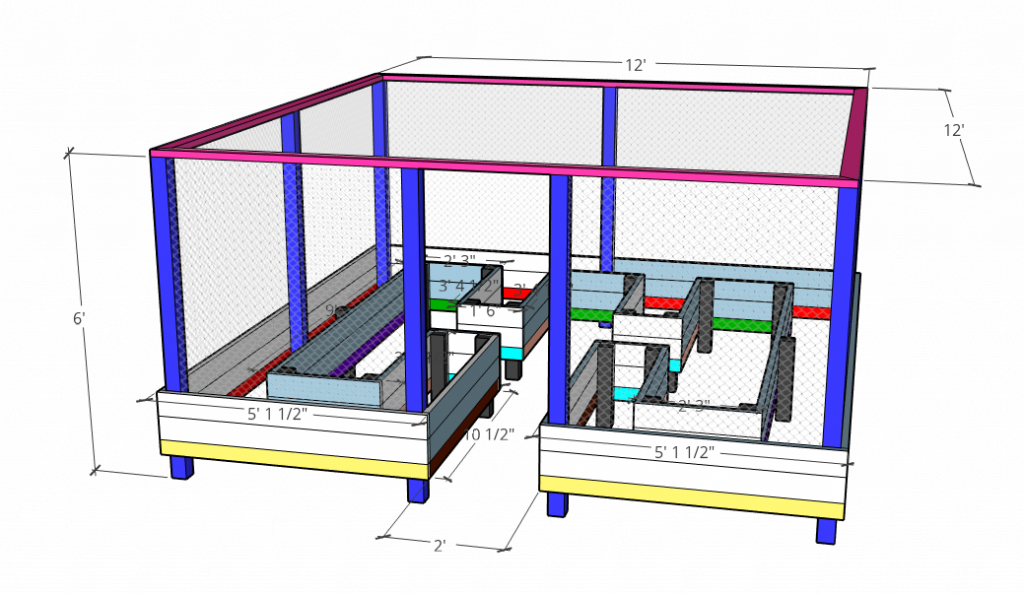 Construction of the project started with picking the perfect spot that would minimize the effort needed to level the ground.  We settled for an area on our property across the street that was relatively flat and also close to a steep hill for future plans of an automatic and sustainable irrigation system.  After a few hours of digging, the frame could be built, assembled, and leveled in the ground. 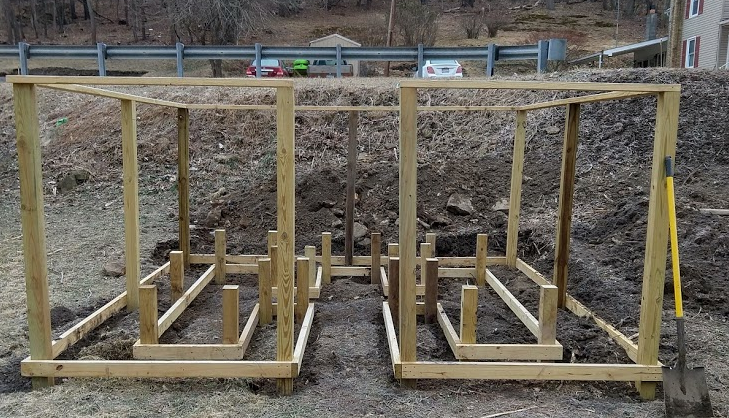 After getting everything level, the garden box sides were attached.  A few weeks later, our soil order was delivered and was conveniently unloaded down the hill so that it was easy to fill the boxes with.  Next, the outer perimeter was wrapped in galvanized welded wire fencing and stapled to the frame to deter animals.  Finally, a gate was added to secure the garden.

Now that the garden was finished, it was time to implement the irrigation system.  The water source consists of a 350 gallon water tank resting on top of the hill behind the garden.  Attached to the bottom of the tank is a timed solar-powered valve that gravity feeds a garden hose.  This hose runs into the garden where it splits off into two weeper hoses that are buried approximately 8 inches in the soil.  When the valve opens, the water slowly leaks out directly into the root system of the plants.  This ensures that the garden gets water even while we are on vacation.  Unfortunately, we do not yet have a funnel system to fill the tank naturally with rain water, so we manually fill the tank when needed.  (That's on the to-do list!)

Last year we had a great time with our DIY garden. It's a great feeling to design, strategize, and execute a project like this, especially when the results are tangible. We were able to spend time moving through the novelties of planting and harvesting without having to put in a lot of the hard work involved in watering and weeding. The only problem was that we planted way too much stuff in it, causing some plants to overtake others.  We will be sure to learn from that mistake next year and sow in moderation. 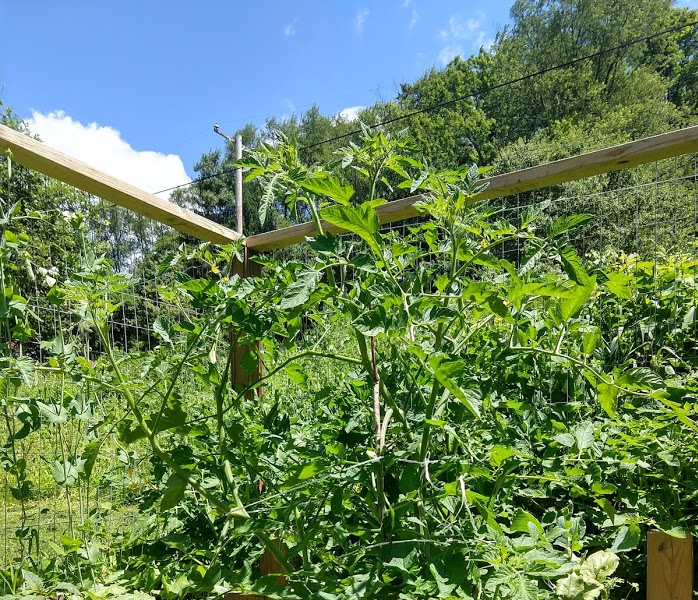